skip to main | skip to sidebar

Whoah. I go away for six months and Blogger does a complete overhaul! Hopefully I'm writing in the post-writing place and not in the words-will-get-sucked-into-the-abyss place.

Inspired by Nat, who recently came back to the interwebs after some time away, I wanted to check in and say hello. Maybe also explain why I disappeared. I've been blogging in some form or another for six or seven years, and now nada. It's a little weird.

Basically, I got over-saturated with online things. The big ones: Facebook (I like it but it's too much sometimes), and Twitter (I hate it no matter what I do, but I stay on for music stuff). Google Reader, the music website, a million email addresses, YouTube this and that, work stuff, iPhone, BlackBerry, blah blah blah BOOM. 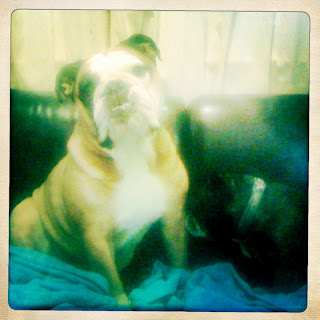 I have to seek out time in the hammock, or time cooking big elaborate meals, or time dusting every inch of my house just to get some reprieve. Rest for my brain. I don't want to have the instinct to constantly check in, and I'm fighting it. It doesn't help that I've changed jobs to something absolutely MENTAL where I'm a hundred times busier than I used to be. A lot of mandatory online work rolled up into that. It's got me thinking seriously about formulating some sort of wild exit plan to Get Myself Away. My BH is working both his dream jobs. Maybe stopping my day job isn't so crazy after all.

Then there's the other job. The songwriting one. For someone who spends a lot of her time performing, it might surprise you to know that I am a reluctant self-promoter. I don't actually want to talk about myself constantly, but I have to in order to spread the word about what I do. There's no label to do that for me. I either talk and talk and talk, or there is radio silence, pun intended.

Anyway, long story short, my head went BOOM and I decided to cut back a bit. This blog got the short end of the stick, but who knows? Maybe next week I'll wake up and want to talk your ear off again.

Thank goodness the 'wildly inappropriate' part is common to all your modes of self-identification.

I was just wondering about you the other day...so good to hear that life is good, just busy. Hope you'll be back to blogging soon!

I really am a songwriter. Without the day job, I'd be a starving songwriter. I spend my time with my Better Half, my bulldog, and a whole whack of instruments.